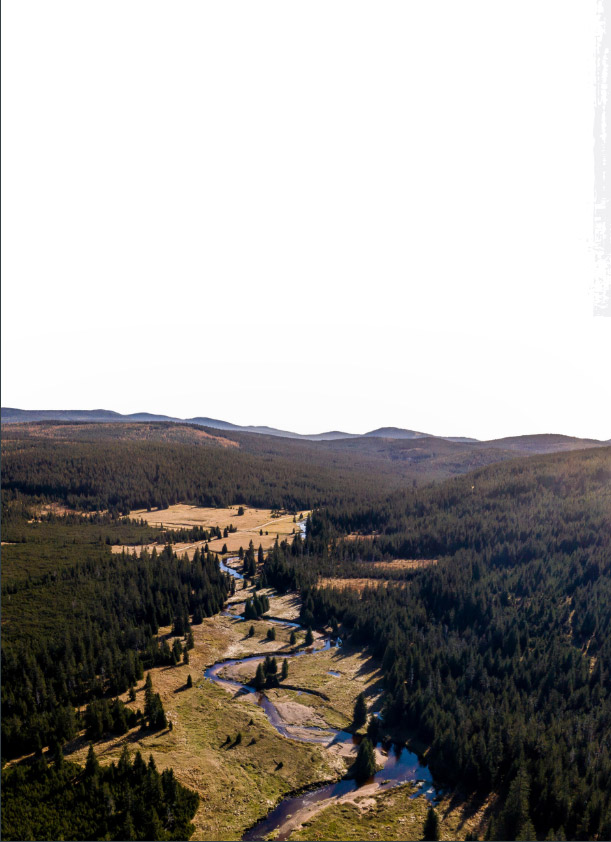 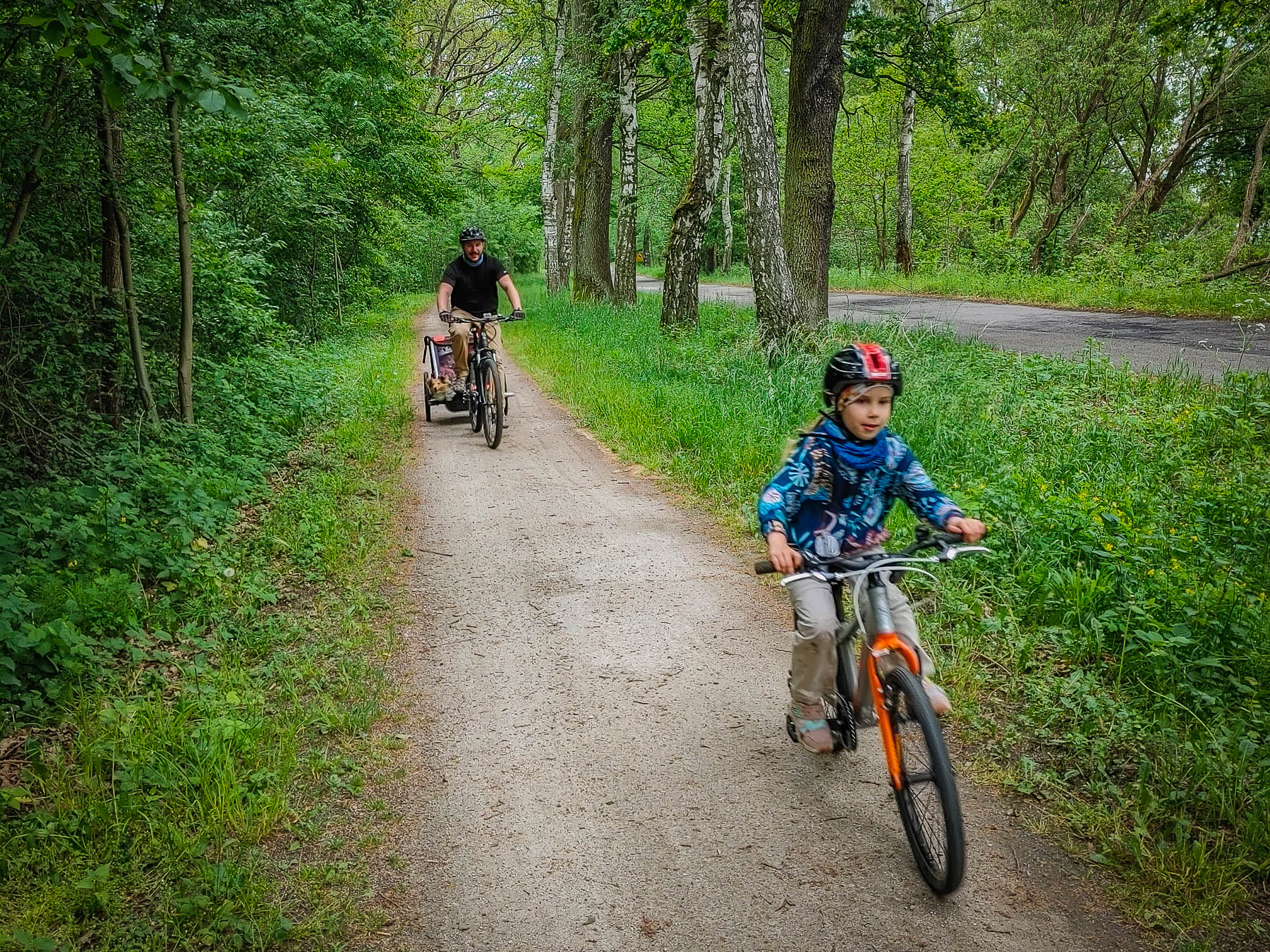 For one of the first bicycle trips with a small child on her own bike we went to the Milicz area. Because of its well-prepared cycling infrastructure, attractions for children in the town itself and the beautiful nature of the Barycz  River Valley Landscape Park we agree with all those who claim it is an ideal place for a family bicycle trip.

We start our trip in Milicz  – a small town north-east of Wroclaw. You can get there by car or train. 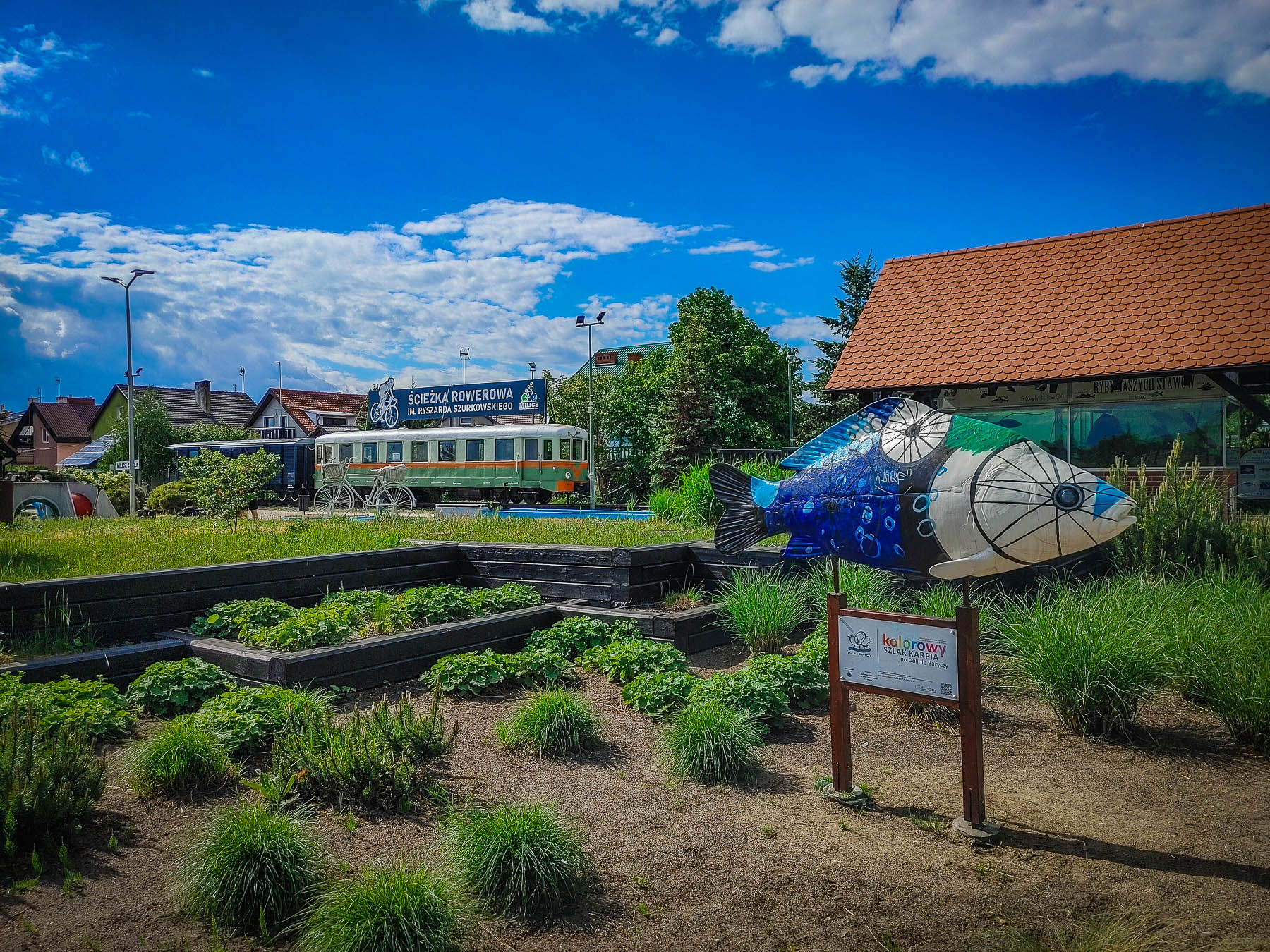 On the route of the former narrow-gauge railway

Milicz lies on the route of the former narrow-gauge railway, which ran between Zmigrod and Milicz until 1991. Currently, on the railway embankment among the picturesque fields, forests and the beautiful complex of the Milicz ponds, there is a bicycle path along the former narrow-gauge railway route. The track is well marked, it has many bus shelters, no steep climbs or hills, and above all, it is completely excluded from car traffic. Thanks to this, parents with children can also travel freely.

The track of the former narrow-gauge railway is 20 km one way (DOT58), it does not create a loop, so if, like us, you are looking for shorter routes perfect for the first time, it can be divided into 2 parts. This time we only travelled the section from Milicz to Grabownica. Along the way, we diverted to the Stawno complex. In total, we covered 22.6 km that day and it took us about 3 hours. 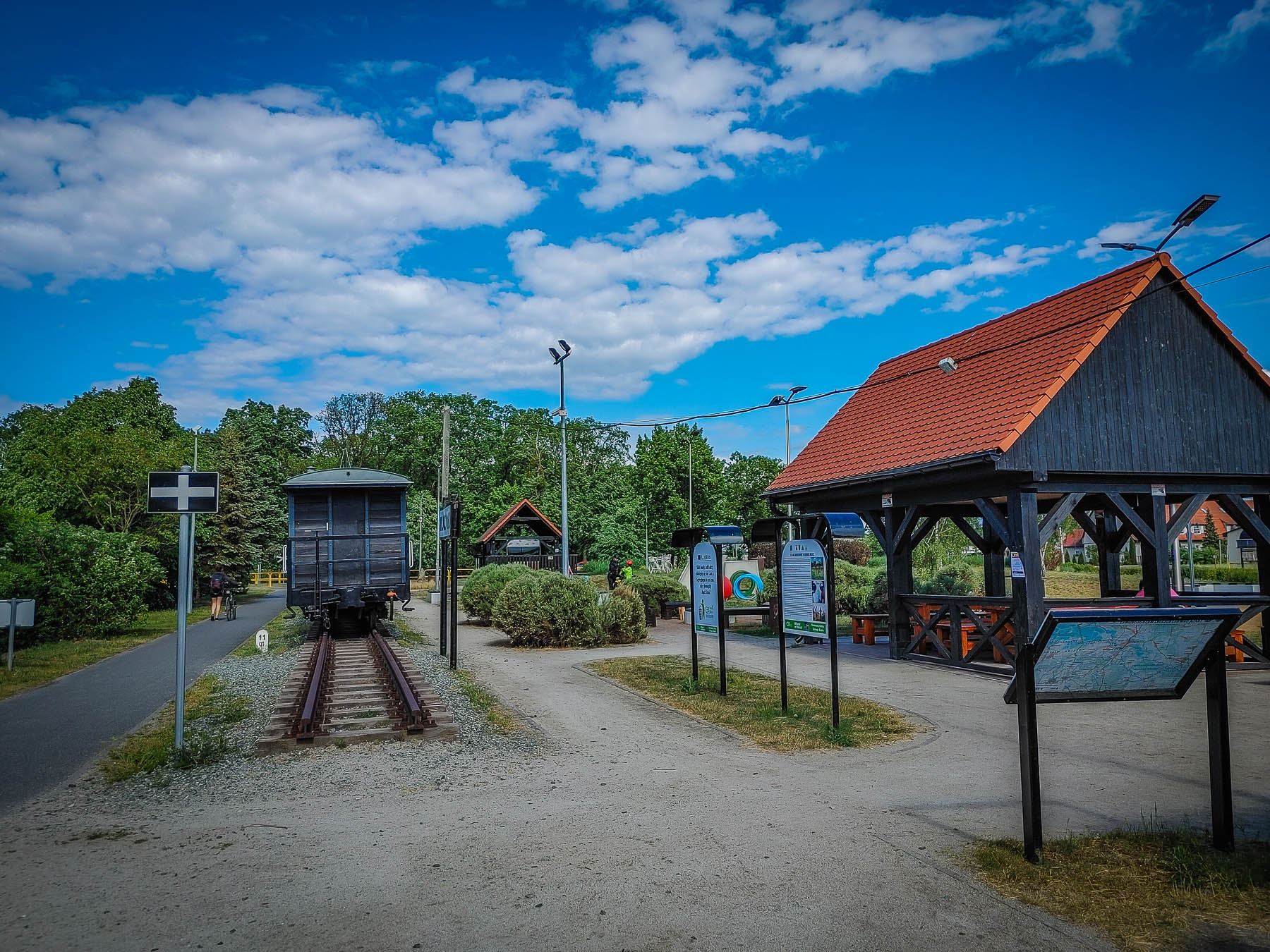 We started the trip at the Milicz Zamek (Castle) station. It was there that the narrow-gauge railway once stopped. You can read about it on the information boards and the exhibition of the railway carriage. Today, a pleasant rest point has been arranged there. Tourists and cyclists can enjoy benches, a roofed shelter with a barbecue space, and also a 4-meter aquarium with local fish, outdoor gym, information boards with quizzes about the inhabitants of the Barycz River Valley! Parents with children will appreciate that there is a pleasant, shaded playground across the street in the Youth Park. 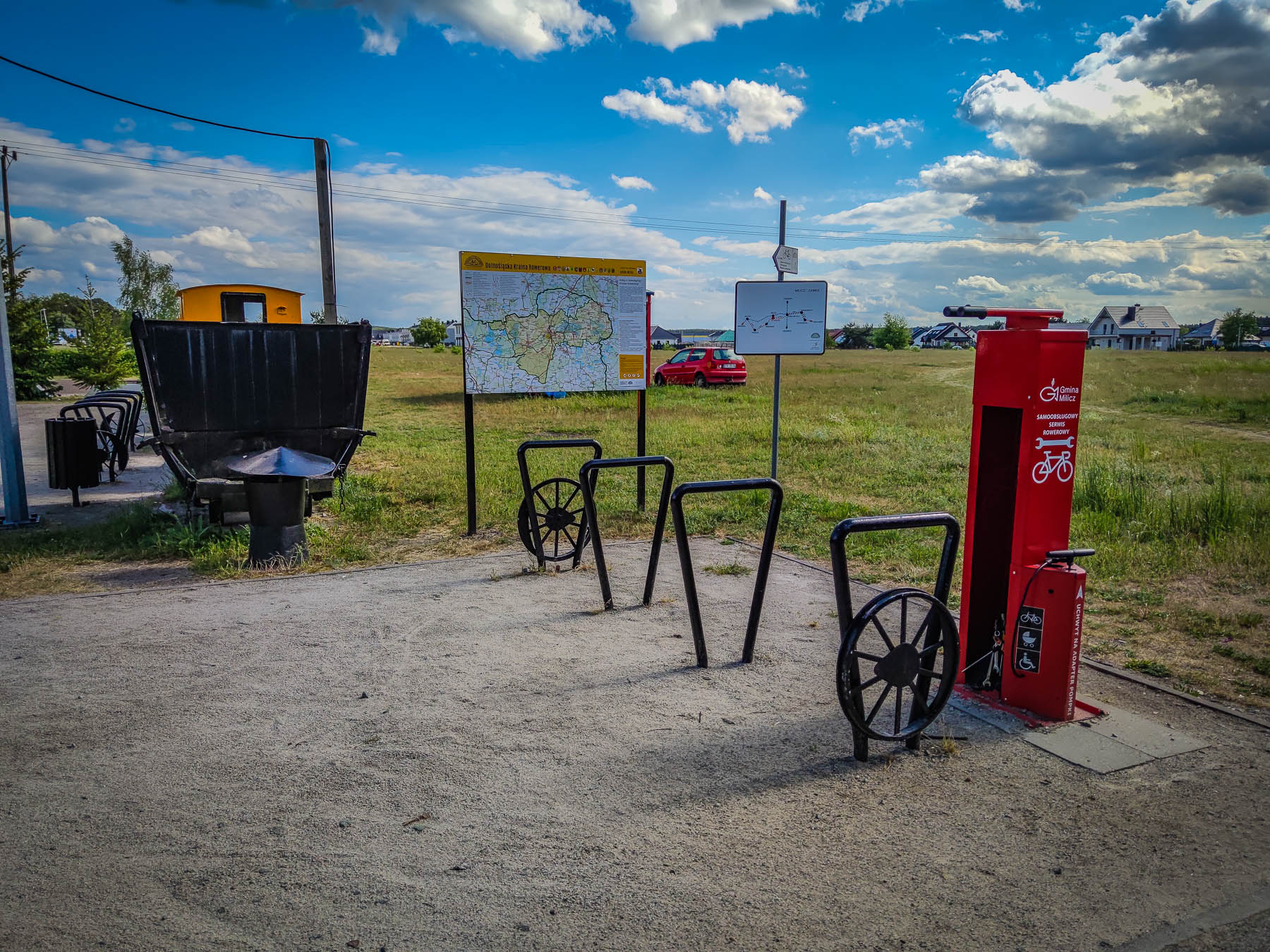 However, these are by no means all attractions in Milicz. It is well worth connecting your bicycle trip with visiting local attractions:

– Market Square in Milicz and a tourist information

-The church of St. Andrew Bobol.

Do you want to know more about this place? Take a look at our entry: https://zbierajsie.pl/milicz-dolina-baryczy (Note! You leave the “Dolny Śląsk Rowerem” (“Lower Silesia by bicycle”) application now.)

The track from Milicz to Ruda Milicka leads across picturesque fields and through a forest. Having ridden a few kilometers we can see another shelter with benches and a resting place behind the trees. When we came closer, it turned out that there was … a Wroclaw tram behind the trees! It acts as a library and is a part of the Culture Train project. There is also a playground in Ruda Milicka. 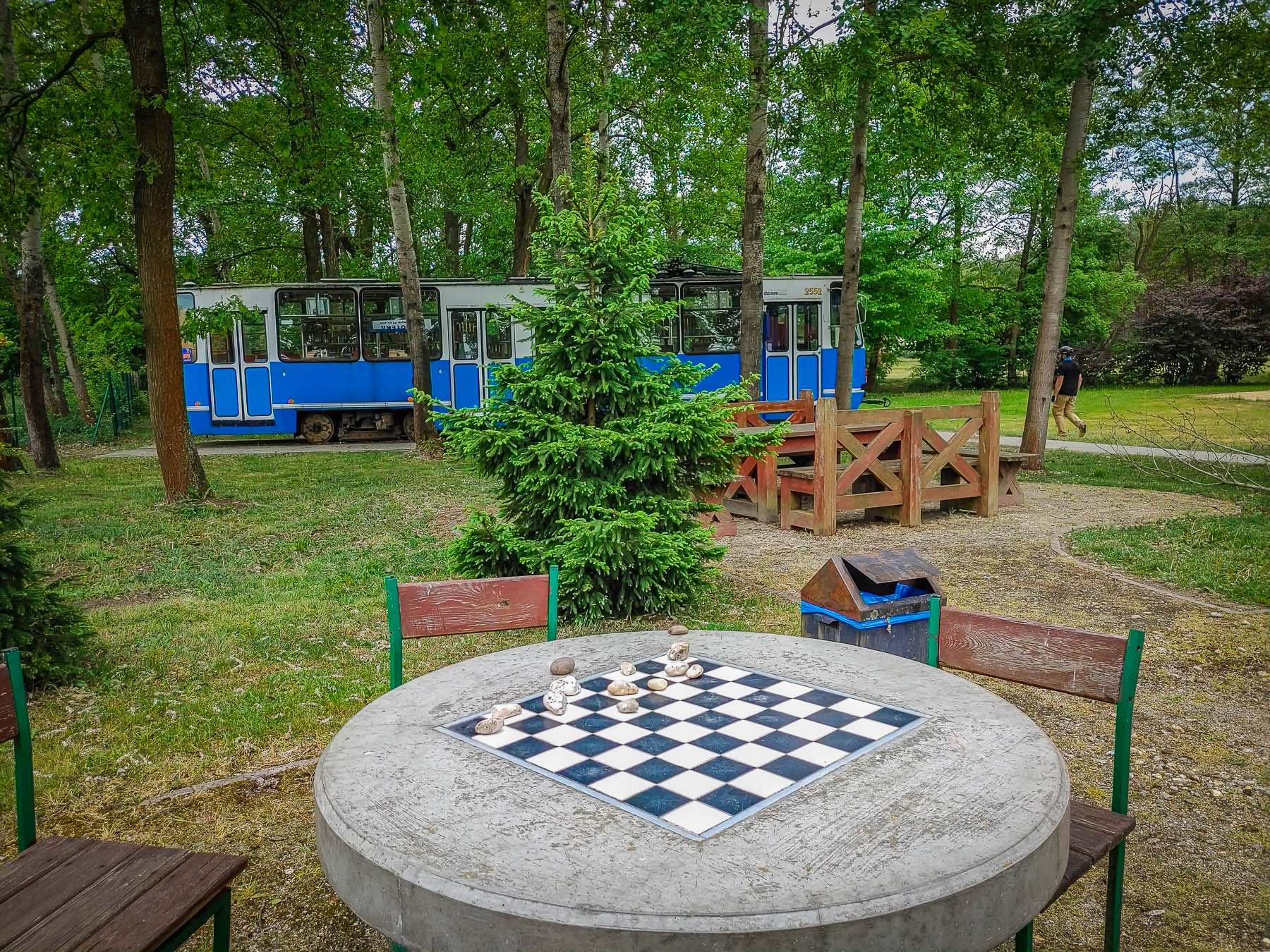 The route of former narrow-gauge rail bypasses one of the most beautiful corners of the Barycz River Valley: the Stawno complex. Therefore, close to Sulow Milicki I suggest turning left to the trail leading to the Stawno complex. Among the picturesque ponds, the 11-km bicycle route is described on Dolnyslaskrower.pl as a track of Ruda Milicka (DOT55). 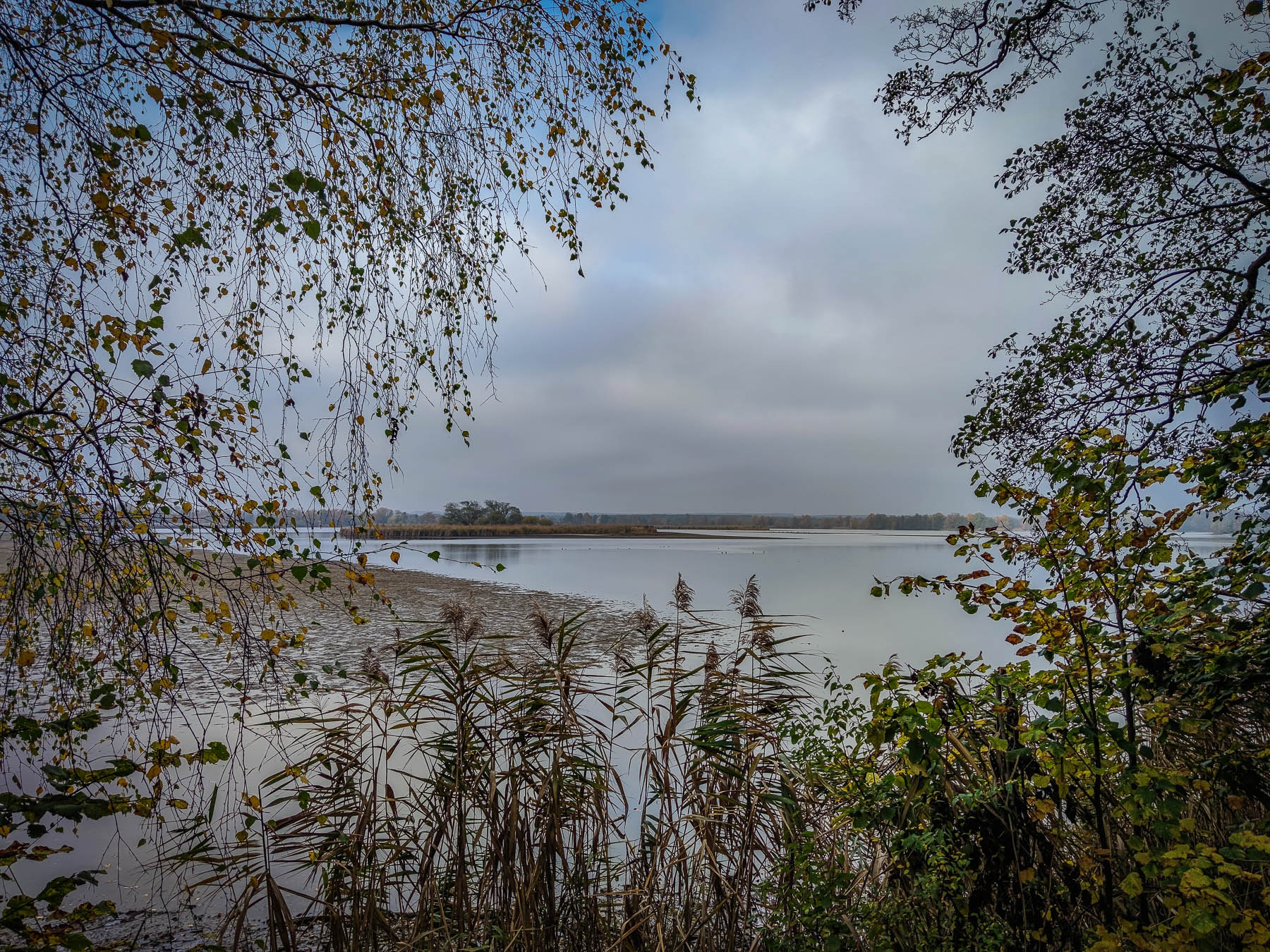 Due to the lack of time, dense clouds and the approaching rain, we did not decide to ride the full length of the track. We limited our trip to a ride on the levee between the Sloneczne and Wilczy Maly and Wilczy Duzy ponds. A cobbled walking and cycling path with educational boards of the nature path In the Land of the Ponds follows along the levee.

We return to the trail and head towards Grabownica. The route of the former narrow-gauge railway ends right next to the historic Oak Avenue. It is worth travelling a few hundred meters among these old trees. Especially in autumn.

Grabownica is the name of a village, but also the largest pond in the Stawno complex and the third in size among all ponds in the Barycz  River Valley. The Grabownica pond has 283 hectares. 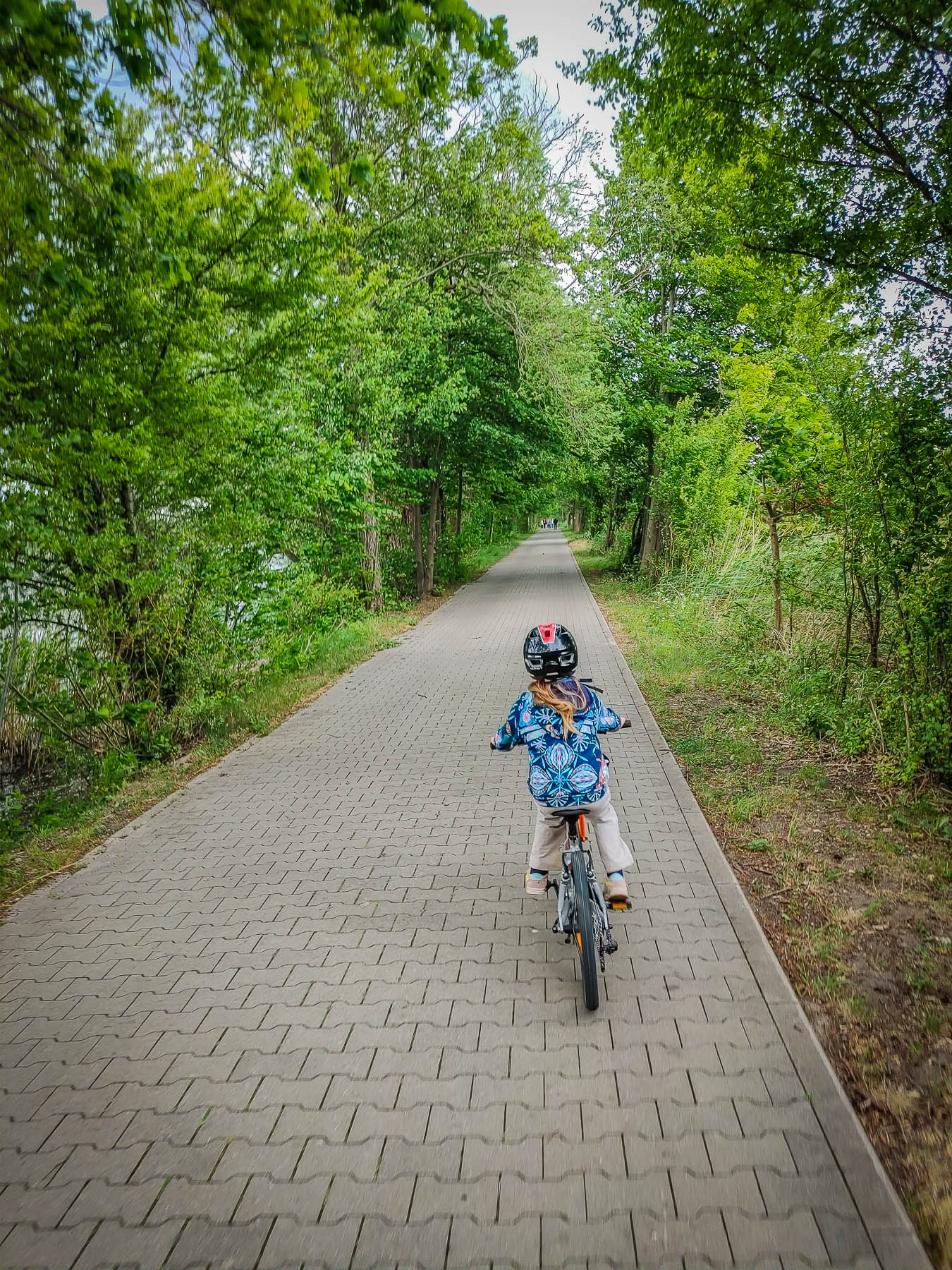 Out of the interesting places that are worth visiting in this area, apart from the aforementioned avenue, are also the Grabownica restaurant and the observation tower at the end of the village.

Access to the observation tower in Grabownica leads by a rarely frequented road next to the local farms.

The observation tower in Grabownica is 13 meters high and is the highest observation tower in the Barycz River Valley Landscape Park. It allows you to look at the pond almost from a bird’s eye view. Hundreds of birds can be seen in dense thickets at almost any time of the year. 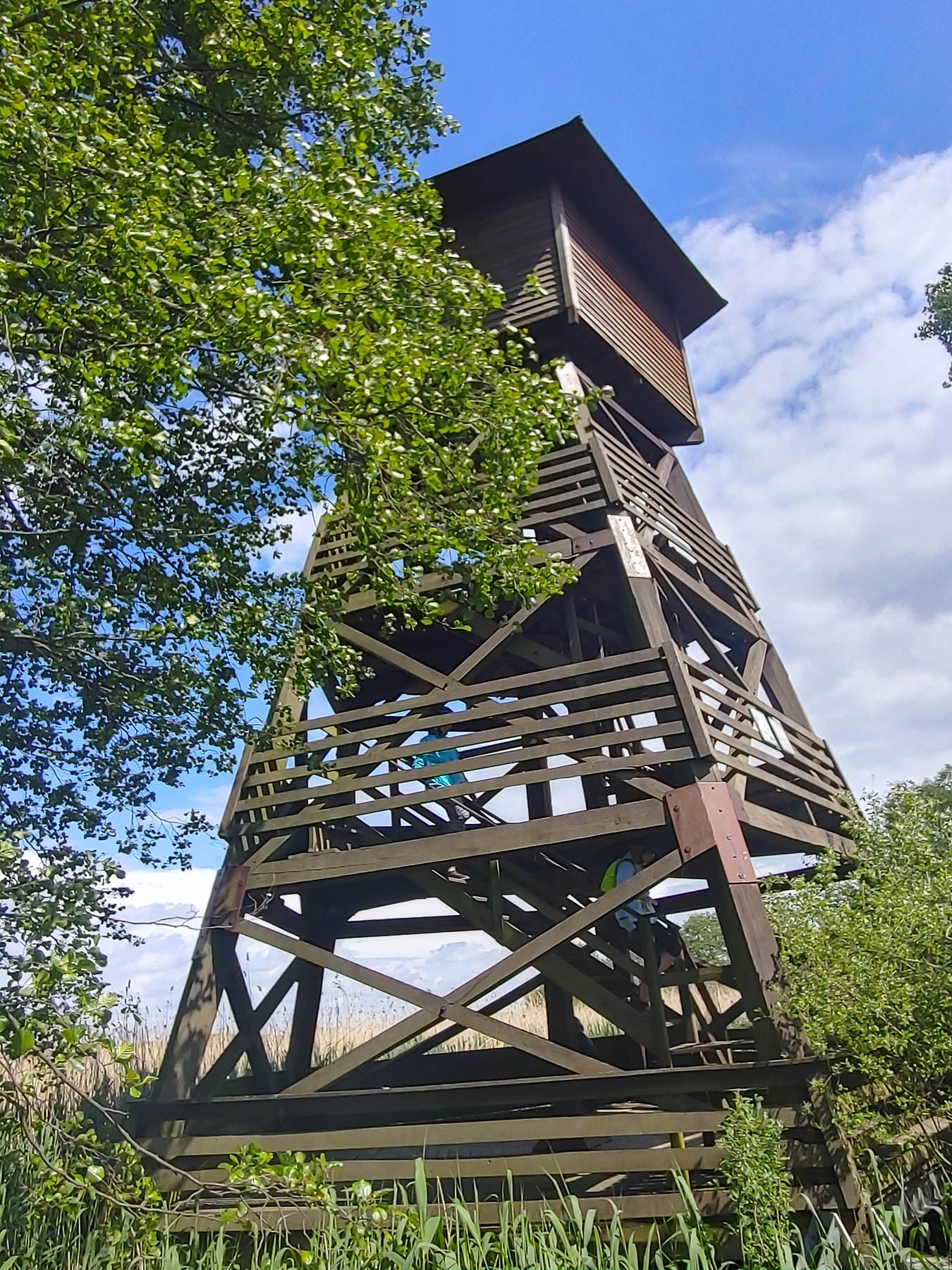 When we left the tower, we returned to Milicz the same way. The trip was successful and we will definitely return to Milicz to ride the second part of the DOT58 track!

The author of the blog about travelling with children https://zbiejsie.pl/ (Note! You leave the “Dolny Śląsk Rowerem”/”Lower Silesia by bicycle” application now.) 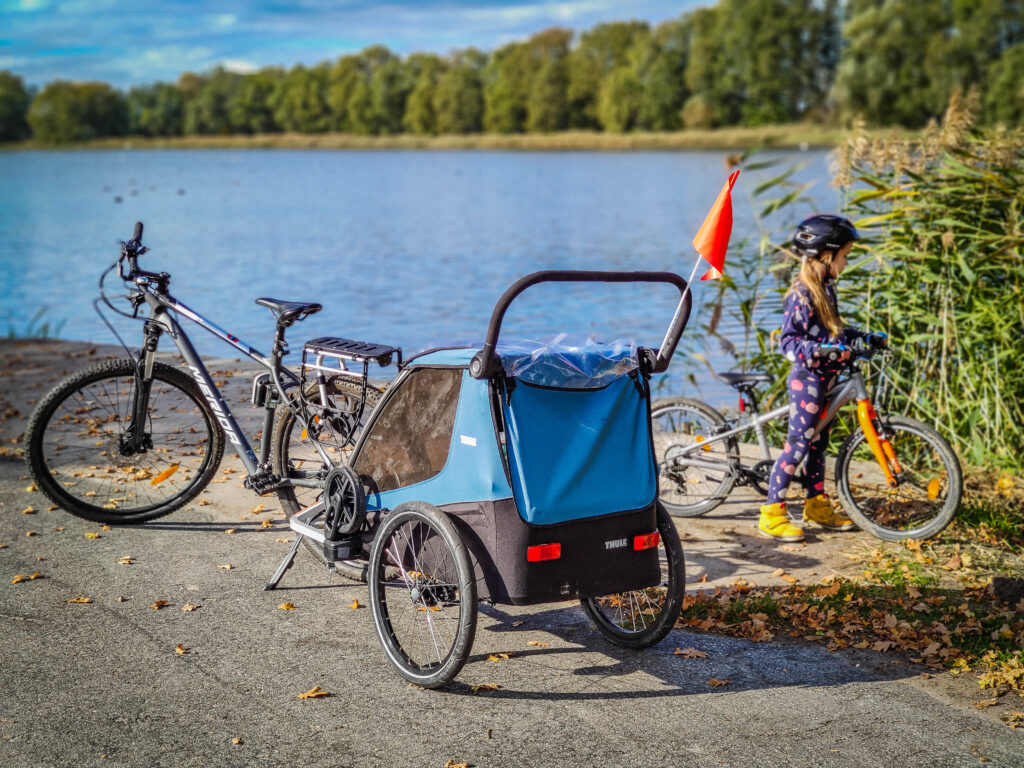 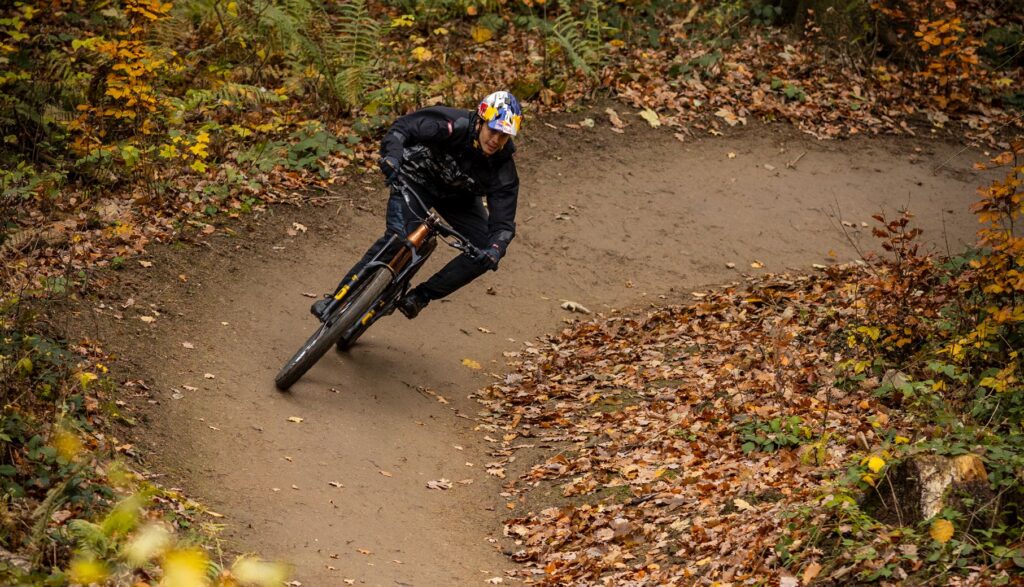